100+ Years of Sailing: A History of Sailing Clubs on Galveston Bay

Always more than simply a social or boating organization, during the early years it was identified with some of the most fundamental developments in Houston’s growth.

The present day club house was built in 1927 in La Porte. Hurricanes and fires have left their mark on the original building but she still stands today. A charter member of the Gulf Yachting Association, the club is now over a hundred and twenty years old.

The club was founded in 1934 as a means to enjoy sailing with friends in Galveston Bay. That philosophy continues today. The original club was located along the Kemah waterfront.

In 1950 the club purchased the property at 1020 Todville Rd. in Seabrook. Hurricane Ike destroyed the club house in 2008. The new club house was rebuilt and completed through dedicated club members.

Founded in 1938 to educate its members and their families in the art of sailing, seamanship and boat handling.

The original clubhouse completed in 1938 was destroyed by Hurricane Ike in September 2008. The new club house and rebuilt grounds were dedicated Jan. 1, 2010.

GBCA traces its origin back to 1947 when a small group of sailboat racing enthusiasts informally organized the club.  The club existed and prospered as a letter head organization, without elected officers, bylaws, dues, or a home.

The Club was formally organized in 1954 with elected officials, bylaws and handicap races. The Friday night Rum Races are some of the most popular races run on Galveston Bay.

Founded in 1955 the club sits on 38 acres with water frontage on Clear Lake. It has four covered sheds and numerous docks. The original club just catered to power boats, but over the years sailboats kept showing up and the club kept growing. Lakewood Yacht Club will host the J-105 North Americans this fall.

2017 AND BEYOND: THE FUTURE OF SAILING 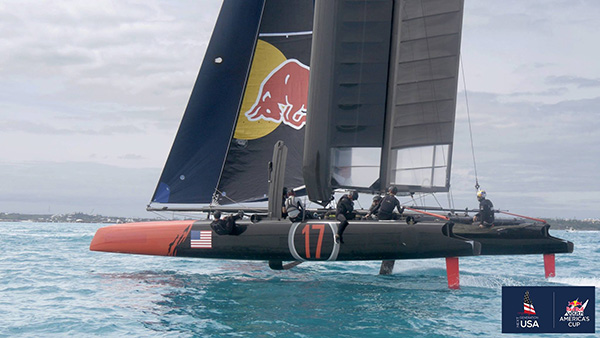 Learning to Fly with Next Generation USA

Whether you are a seasoned sailor or just getting your feet wet, you can’t help but look in awe at the America’s Cup boats – fast, foiling multihulls with a wing instead of a sail.

The United States, represented by team Next Generation USA, is one of 12 countries entered in the Red Bull Youth America’s Cup.  Each team is allowed seven days of practice on the AC45F prior to the event in June.  That’s it, just seven days on a boat unfamiliar to anyone outside a small circle of America’s Cup Teams.

The AC45F is sailed with six crew members and each one has a critical job.  The wing controls the overall power of the boat, so it is in constant motion.  In order to get foiling, the boat needs to be going at least 16 knots and all of the crew must be on the windward side.  Getting up to speed is like taking off in an airplane. The adrenaline is pumping but no one seems concerned that they are screaming downwind, six feet above the water on a 45ft carbon rocket.

Next Generation USA is more than just a group of young sailors. These guys are the face of our country and they will be representing the USA at the highest level of sailing. 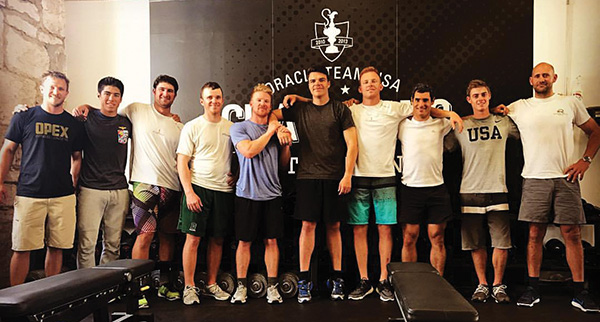 Members of Next Generation USA