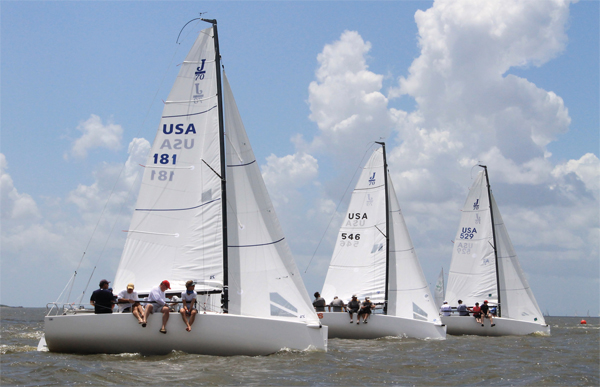 This year’s Leukemia Cup regatta was a smashing success. Five races in two days, sailed in a variety of conditions, left no doubt who the winning teams were. Congratulations go out to all of the competitors; you are the ones who made this a great regatta.

Gulf Coast Mariner Magazine would like to thank the Houston Yacht Club for all of their hard work. Commodore Robert Williams and the staff of the club did a great job along with the volunteers on the race committee. It’s not easy getting races started when the breeze is shifting around.

My special thanks go out to the skipper and crew of Pole Dancer, a J-109. Not only did they win their class, they made a new friend.  When I lost my hat overboard they were kind enough to give me a spare. Now I keep a throw down hat on board at all times. Thanks again Pole Dancer.