The Changing Fishing Patterns Experienced in 2017 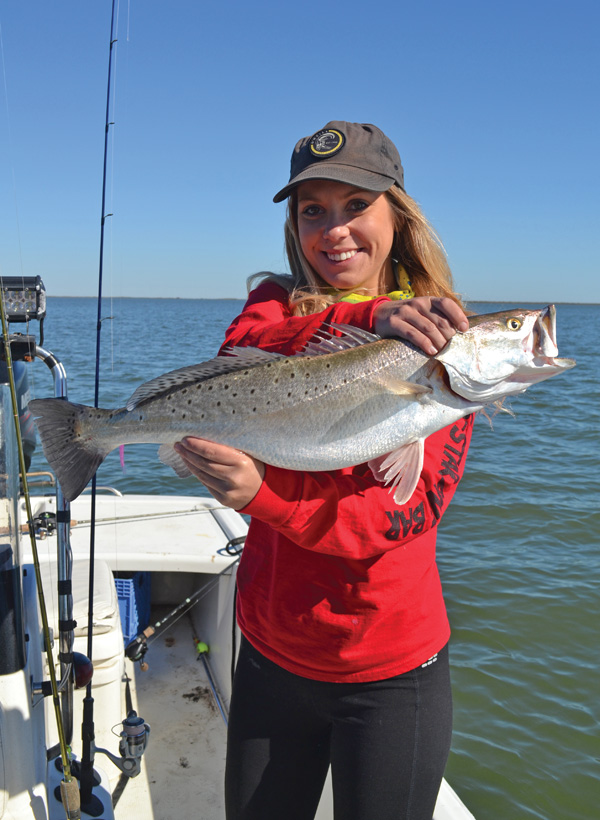 Fall fishing in the Galveston Bay Complex has been undergoing changes for several years now.  The biggest factor contributing to the changes has been the warmer weather over this period of time.

Likely, the most noticeable change has been in the late migration of flounder.  Another area that has evidenced this change is trout action in the upper bays.

For fall fishing patterns to get into full swing, the water temperature needs to fall below 70 degrees.  Each year, September is looked upon as being a transition month, when at some point during the month our first cold front of the season crosses the Texas Coast.  Most years we would see ambient temperatures fall into the upper 40s and lower 50s for a short period of time; however, it would be long enough to send signals to fish to get moving.

In recent years, water temperatures have barely fallen below 80 degrees in September, which continues the summertime mentality in fish.  This year it was well into October before the Galveston Bay Complex got into the low 70s.

By October, flounder should start showing signs of movement and trout action in Trinity and other bays would pick up.  Bird action has been one of the traits of October, as seagulls would work the bays feeding upon shrimp driven to the surface by schools of feeding fish, usually speckled trout.

A number of anglers sent notes or called in expressing concern over the lack of activity on specks and flounder.  Now, while there were those concerns over two of the big three, reds continued to offer excellent action.  September is usually prime time for reds around the jetties and in the surf and 2017 was no exception.  In fact bull and slot reds saved the day for fishermen during September and October.

We just have not had the strong cold fronts to hit until after October.  Until a few make their way here, fall fishing patterns will not get into full swing.

A good example of how the weather patterns have changed and affected fishing was in the new flounder regulations that came out several years ago.  Known as the Special November Rules which limit the bag limit on flounder to two fish and prohibit gigging for flounder, they applied only to the month of November.

Early on, it was noted that the annual flounder migration, for which the rules were designed to protect, continued well into December.  When written, the flounder run usually peaked around Thanksgiving and was followed by a steady decline of fish moving out of the bays.

Soon, the rules were extended to mid-December, as the migration continued well into December.  Interestingly, the Special November Rule prohibiting taking flounder by gigging ended December 1 but the two-fish limit continued.

While the flounder run is the most obvious change, speck action follows close behind, as now we are seeing the fall pattern start in November and run well into December or early January.

January 2018 should be an interesting month for fishing if we do not have any significant freezes beforehand. While most flounder will have migrated each year there will remain a number of flounder that decide to stay in the bays.  The key is food.  If bait is available, we will see them hang around until enough marsh emptying northers blow through to send the small fin fish and crustaceans to deeper waters.

At that time, trout will be starting their winter patterns.