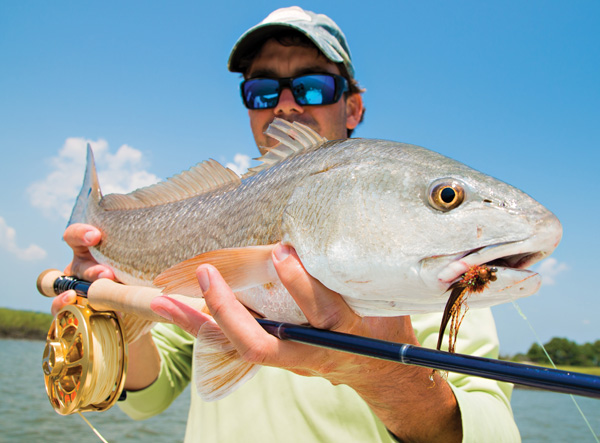 Look for redfish to become more active as the weather cools.

Autumn, especially during the months of October and November, is the favorite time of year for fishing for the majority of anglers who focus on the Saltwater Big 3, flounder, reds and trout.

While our fall fishing patterns have changed a little over the last decade or two, mid-October through mid-December is prime time for action on all of the Big 3, especially flounder.

Prior to the 1980’s, our fall fishing began earlier in the season and generally was about over by December.  During September, flounder action around Pelican Island at the old Quarantine Station, now Seawolf Park, would get well under way by mid-September.

Today, the catches do not show considerable increases until sometime in early to mid-October and the annual flounder run does get going until close to November 1.

Redfish action picks up all over the Galveston Bay Complex, with the bull red run at the jetties and in the surf being the highlight of the season. 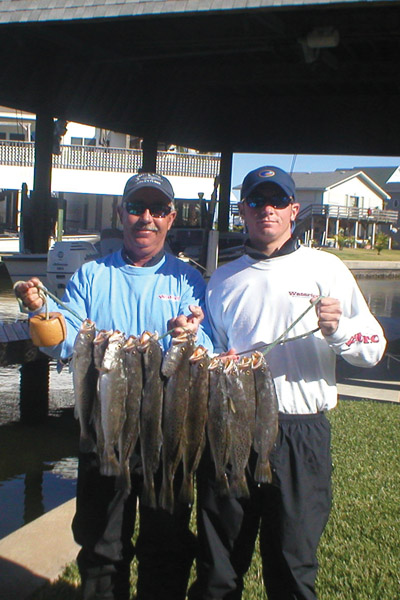 James and Cameron Plaag with a stringer of trout.

Trout start moving into shallower waters and schooling, with shallower bays and back bays offering their best fishing of the year.

While all of the Big 3 are frantically feeding to put on extra layers of fat for the winter, the highlight of the season for most anglers is the fall flounder migration from the bays to the deep waters of the Gulf of Mexico.  This event is most commonly referred to as the fall flounder run.

It is undisputed that November is the best month for flounder fishing, as the run is in full swing and anglers limit out quickly on flatfish during this time.  One well-known flounder guide, who has been fishing the annual run for almost 60 years, gave his observation of how the fall fishing pattern has been delayed.  Capt. Mike William’s experience showed that for years the peak of the flounder run took place between the full moons of October and November.  Today he says that the action is peaking between the November and December full moons.

During November, bait camps strive to keep a good inventory of fingerling mullet and mud minnows, as they are the top baits for the migrating fish.  While mullet tend to have an edge over mud minnows in popularity with anglers, live shrimp fall into the ranks as the number three choice.

Many anglers will opt for live shrimp as they are more universal as bait and attract trout and reds as well.

Savvy anglers know that once the flounder run starts being publicized that certain tackle and artificial baits are in short supply and they should stock up ahead of time.  Among the baits that are the more popular choices are Flounder Pounders, Chickenboys and Gulp soft plastics.  Pre-rigged flounder leaders, especially those including the egg weight, and size eight and ten treble hooks tend to quickly leave the shelves of tackle stores and bait shops.

One of the best times to find flounder on the move is right after a cold front blows through.  From Mid-October until sometime in December, each passing cold front triggers increased movement.

Toward the end of the run, usually beginning around Thanksgiving, the larger sow flounder bring up the rear of the migration and seasoned flounder fishermen focus a lot of their fishing time from the end of November through early December.

Fall is in the air, so head out and enjoy some nice weather and good fishing!