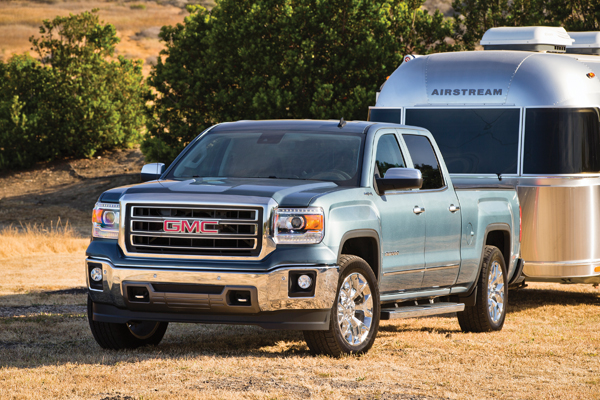 What has kept GMC in business for 111 years is fact; the company builds what Americans want in a full-size pickup truck. Yes, there are formidable competitors that we are all aware of; sister to the GMC, Chevrolet Silverado, Ford, Ram and also-ran’s Toyota and Nissan, but not many can tout a 1902 start-up year.

Just before Christmas, at a Michigan movie studio (did somebody say Detroit is bankrupt?) parent company GM brought throngs of journalists to a well-timed reveal of the 2014 GMC Sierra. As the garage doors opened and the stage lights were brought up, most of us really didn’t know how to react, since it appeared the designers didn’t change much, if anything, on the exterior. Since we couldn’t yet see the interior from our stadium-style seating arrangement, we had hopes that a lot of attention went to the living quarters. We weren’t disappointed. 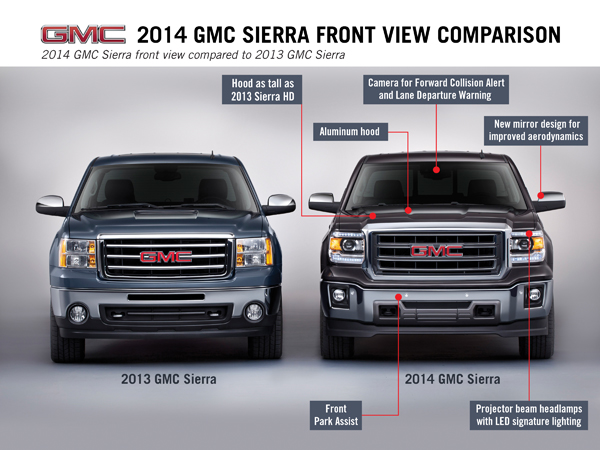 Fast forward to June of this year when we were given the opportunity to drive the new GMC at the Knibbe Ranch outside San Antonio. There, in a side-by-side comparison was what we were looking for. To see for ourselves the significant reinvention of an all-American classic was stunning, especially in a beautiful Texas ranch setting.

Simply put, the new design is bigger, bolder and stronger in appearance than the outgoing model — from the stout chrome grill to the more pronounced wheel well flares to optional LED cargo lights under the bed rails, the all-new GMC is a huge step forward in design.

The interior, too, has been completely redesigned with a sharp-looking, easy to use center stack and an available eight-inch color touch screen. Knobs are big enough to be used with a gloved hand. A six-gauge instrument cluster comes standard on all models with an optional driver info center. 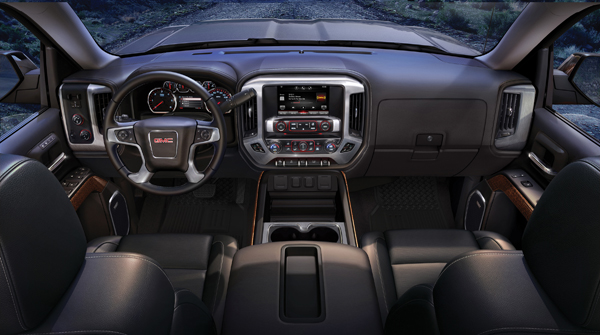 Three power plants are available, a 4.3L V-6, a 5.3L V-8 and a 6.2L V-8, all from a shared EcoTec3 engine family. Each engine features standard direct injection, continuously variable valve timing and Active Fuel Management, which means they seamlessly switch to run on four cylinders during light-load driving to save fuel.

There just isn’t enough room here to tout the great things that GM had to put on hold because of bad times, but we’re glad to see that they haven’t lost that GM swagger. Way to go.

« How to Energize and Feed Your Racing Crew
What’s in Your Bag? »