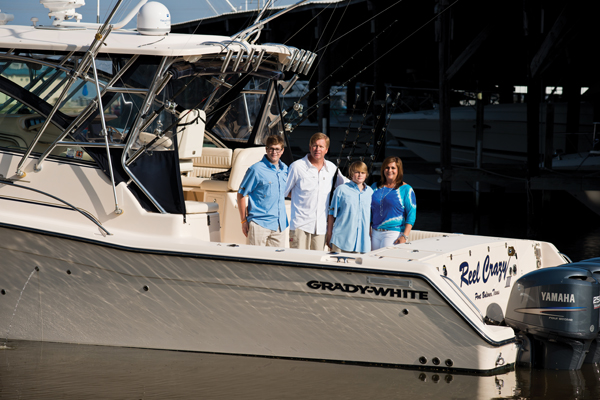 While Bay Oaks resident Kevin Ruszkowski may spend the bulk of the work week sitting behind a desk in a suit and tie, his mind never strays far from the water.

To say that Ruszkowski, 49, is a boating aficionado is like saying Eric Clapton is a pretty good guitar player. For as long as the married father of two boys can remember, fishing, and boating in general, have been the dominant pursuits in his life.

“We even lived on a boat in South Shore Harbour for two years back in the early ‘90s,” he recalls.

Ruszkowski, first vice president-wealth management advisor in the Merrill Lynch office on El Camino Real in Clear Lake, was born in Cumberland, Maryland, but moved to Seabrook with his family when he was one-year old. The first boat he remembers boarding was his parents’ Sailfish sailboat, which they sailed all over Clear Lake and Taylor Lake. Not long after graduating from the University of Arkansas, he purchased his first boat, a 27-foot Carver fishing boat, in 1987. He’s been a boat owner ever since.

“After the Carver, I bought a Boston Whaler, then another Boston Whaler before I bought a 31-foot Stamas fishing boat,” Ruszkowski says. “We kept that boat at our bay home in Bolivar, but Ike came through (in 2008) and blew everything away and the boat wound up getting crushed. It was a big mess.”

But while losing the Stamas was certainly a difficult pill to swallow, it led Ruszkowski, who’s been married to wife, Stacey, for 18 years, to buying the boat they own now: the beautiful 36-foot Grady-White 360 Express that’s docked at the Lakewood Yacht Club. 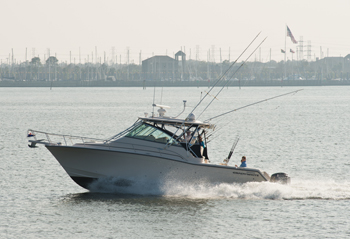 “It’s got triple Yamaha 250 outboards, a couple of bedrooms downstairs, an air conditioned bridge and downstairs area. It’s set up for fishing, but it’s a good all around boat. It holds about 370 gallons of fuel, but it burns a lot, too,” he said.

The entire Ruszkowski clan, including sons, Kyle, 16, and Cole, 12, enjoys fishing and being on the water. A little over a year ago, Ruszkowski, a certified diver for over 20 years, helped his sons earn their diving certifications. Now, in addition to frequent fishing trips, they also take trips to go Scuba diving in tropical locations like the Bahamas.

Cruising Clear Lake and going diving are certainly enjoyable endeavors, but Ruszkowski is a fisherman first and foremost. In the early days, he usually ventured offshore to catch red snapper. On one trip, probably around 20 years ago, he and his fishing party caught upwards of 500 pounds of snapper.

“That was the first trip I’d been on where we caught a ton of fish and it got me hooked on it, but the regulations in effect now restricting the number of snapper you can keep has kind of made just fishing for that not really worth it,” he said. “We’ve had to change our game plan, so now we’ll go fishing for grouper, tile fish and other deep water fish using electric reels. Plus we’ll catch wahoo and kingfish along the way. I’ve seen more snapper in some areas than I’ve seen in 15 years. You don’t even have to try to catch them; you just throw a line in the water.  Spots that 10 or 11 years ago were sparse, now there’s fish everywhere. They’ve (state and federal regulatory agencies) have a done good job managing the fish, but they won’t let us go fishing, which is kind of a bummer.”

Ruszkowski says he and his fishing compatriots often schedule trips to Mexico in search of yellowfin tuna, a massive fish that can easily weigh in excess of 340 pounds and take three to four hours to get into the boat.

“The biggest yellowfin I’ve caught was around 320 pounds, but the record at that time was about 350 pounds,” he recalls.

Ruszkowski has also caught swordfish and blue marlin over the years. In fact, the 400-pound blue marlin he caught on his honeymoon sits proudly on display at the family’s Bolivar bay home. 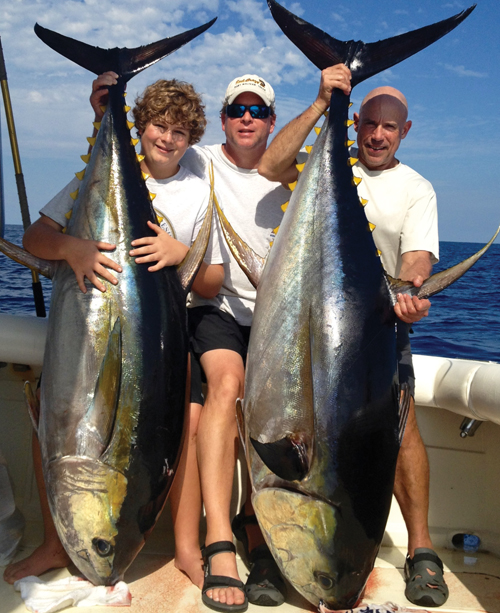 Kevin (center) with his son, Kyle, and a business client show off a serious catch of yellowfin tuna in Puerto Vallarta, Mexico.

On a trip to Mexico in February with friends and business clients, he says the group reeled in three yellowfin that averaged about 175 pounds on the first day of the three-day excursion. On the second day they caught just one yellowfin. The tuna action came to a halt on day three, but they changed tactics and started doing some bottom fishing, which resulted in 10 pargo being caught.

“We didn’t catch all of the yellowfin we wanted, but the weather was beautiful; not a cloud in the sky and the high temperature was around 80,” he says.

Ruszkowski says about 130 to 140 miles is about as far offshore as he’s been. He says guests accustomed to the murky surf near shore who venture out 50 miles or so into the Gulf are often taken aback by the sight of the crystal clear blue water. 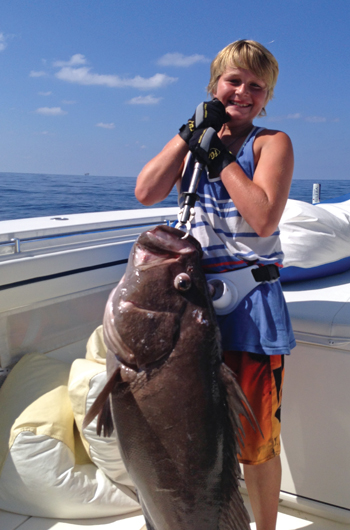 Cole Ruszkowski with a nice warsaw grouper caught in the Gulf of Mexico. 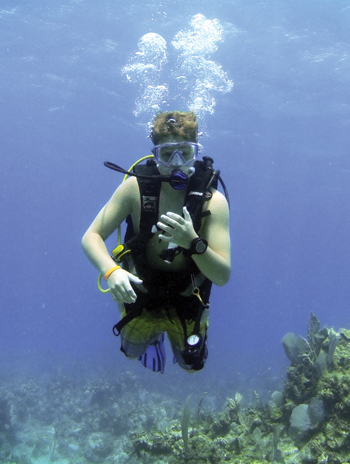 “People don’t believe that you can go 80 miles out and see water so blue you’ll think you’re in the Caribbean,” he said.

For Ruszkowski, in his 24th year working for Merrill Lynch, targeting challenging billfish such as swordfish presents a special test for any angler because the majestic and illusive fish usually inhabits the very deepest waters, especially during the day. Even at night, he says catching swordfish requires skill, knowledge of the seas and the proper equipment.

“During the daytime, you have to drop down to the deep trenches, but at night the fish will be on top of what’s called hilltops, where the depth goes from about 2,500 feet to around 800 feet, so you have to fish on the edges of the hills where the bait gets pushed up and the swordfish come up to feed at night,” he says.

Ruszkowski says a few years ago he made around 30 fishing trips a year, but with his kids getting older and getting involved in various activities, the number of offshore trips has been cut to perhaps 10 per year, but that doesn’t mean the boat sits idle.

“We may go down to the Bahamas to go diving or something, but we use the boat a lot in the summertime. We don’t necessarily go offshore all the time, though. We might go fishing in the bay for trout or redfish. I’d rather go offshore, but it’s also gotten prohibitive because fuel has gotten so expensive,” he says.

Even though he’s been something of a serial boat buyer, Ruszkowski says he has no plans to replace the Grady-White anytime soon.

“This is pretty close to the largest boat you can get with outboards and outboards are easier to maintain compared with inboard diesel engines, where you have a little more to deal with. So I’m gonna stay with what I’ve got for a while,” he said.

Regardless of whether he’s fishing 150 miles offshore or just zipping around the bay, Ruszkowski says boating will, thanks to its therapeutic qualities, always be his first love.

“I like getting away from work and concentrating on things like operating the boat and catching fish instead of the day to day things you have to do at the office,” he says. “I always love taking friends and family out and having a good time.”