Fishing the Reefs of Galveston Bay 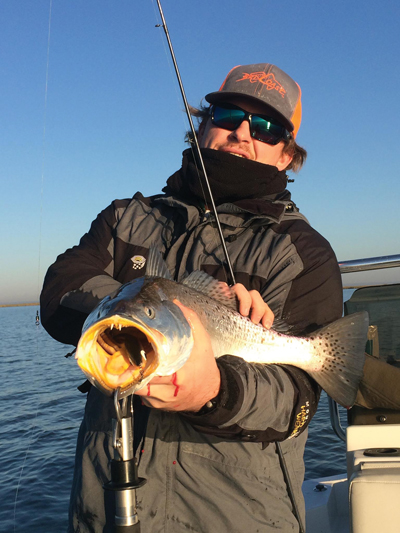 Travis Haight with a seven-pound speck.

We addressed the effects of oyster reefs on Galveston Bay fishing in the last edition of Gulf Coast Mariner Magazine and now we will expand on this by discussing fishing the reefs of Galveston Bay.

To begin, let’s take a look at the definition of a reef.  A reef is “a ridge of rock, sand, coral etc. the top of which lies close to the surface of the sea; a ridge or mound-like structure built by sedentary calcareous organisms and consisting mainly of their remains.”

In the Galveston Bay Complex we have both natural and artificial reefs. 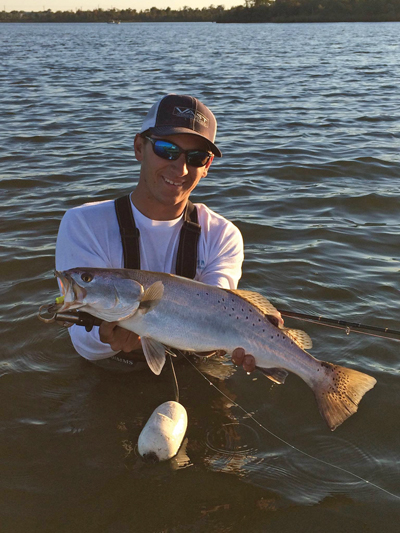 Tire reefs (chaining together old tires) are beginning to become more prevalent with the demise of so many of our natural reefs.  Lower West Bay is the location of one of the popular tire reefs.

Once, oyster reefs dominated the reef picture; however, following Hurricane Ike in 2008, that 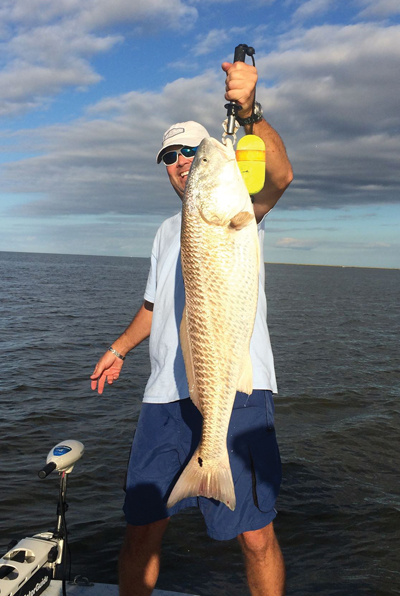 Lou Nuffer with a bull red.

domination ended and now oyster reefs make up a much smaller portion or our reefs and fishing grounds.

Clam shell reefs have a presence in upper Galveston and Trinity Bays; however, they are not as prolific as in other bay systems east of here.  The few we have do offer some excellent fishing much in the same manner as oyster reefs.

Sand reefs become more numerous the closer we get to the Gulf of Mexico especially around the passes. Sand reefs should not be confused with sand bars which are defined as “ridges of sand formed in a river or along a shore by the action of waves or currents”.

While artificial reefs do not initially meet the definition of reefs, after a time they become infested with barnacles and other growth that cause them to expand in size and come within the meaning of a reef.

Now that we know more about reefs in Galveston Bay, let’s discuss how to fish them.

Reef fishing is productive in all but the coldest months of winter.  They are most productive in the spring and fall, two seasons when tides run unusually high.  The reefs most affected by this are the shell and artificial reefs.

Deeper reefs are productive all year, especially in the summer when trout go to deeper waters.  A high percentage of the deep reefs are artificial and associated with oil and gas facilities.

The best of the reefs for fishing are the live reefs that have a wealth of small marine life around which in turn starts the food chain to moving.  Farther up the food chain are the predator fish which come to feed on the lesser species such as crustaceans.

The shell and artificial reefs offer hiding places for the lower of the food chain that is until the tide begins to move and that is when the action turns on.

Fishing the reefs is best when using a float to keep the bait from snagging on the rough foundation. Live bait is the choice of most anglers.

Speckled trout have sensitive skin and are most often caught around the edges of the reefs.  On the other hand, fish with scales and strong jaws or teeth are found feeding on the bottom eating crabs, live barnacles and other residents of the reefs.  Sheepshead and black drum are two examples of the mid-reef bottom feeders.

Other fish are found feeding on the food chain as well.  Panfish are usually thick around reefs.

Sand reefs are fished mostly by wading.  Fish feed on the wide variety of marine live that burrows into the sand for shelter and, as with the shell reefs, tidal movement sends them running for safety and again that is the best time to be fishing.

Without our reefs, fishing would not be as good in Galveston Bay.  Hopefully we will see an aggressive program get underway to restore our oyster reefs and add more permanent artificial reefs.

Submit your fishing photos for our print and web editions to art@baygroupmedia.com