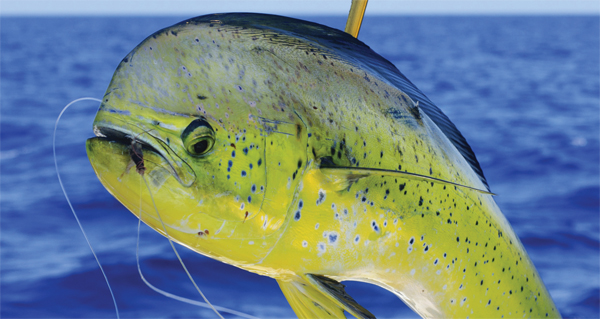 Look for dorado under weed mats and floating debris. 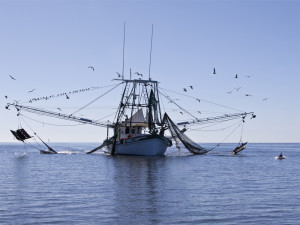 Shrimp boats can inspire a frenzy of fish activity.

There are many anglers with boats capable of making offshore trips during periods of good weather; however, a large percentage of them are apprehensive about venturing beyond the jetties.  July and August probably are the two best months of the year for the smaller boats to make a Texas offshore fishing trip.

Barring an event in the Gulf, the weather is the most stable of the year and the winds tend to be lighter on average than most months. Just about every pelagic fish that visits the Texas Coast is within easy range of smaller boats with limited fuel capacity during July and August.

The conditions are good and the fish are there, so what is keeping you from making that first trip to battle a king mackerel, ling, Spanish mackerel, shark or Dorado?  For me, it was a lack of information on where to go, how to fish and what equipment would be needed.  Sure, the big boys with boats over 30 feet in length knew all of that stuff; however, for us bay fishermen with smaller boats we just did not know a king fish rig from a bottom rig.

In sharing some of my first experiences and frustrations with you, it is hoped that you will learn some of the basics of offshore fishing and, if your boat is suitable for a run of 10 to 15 miles out, you will give it a try. 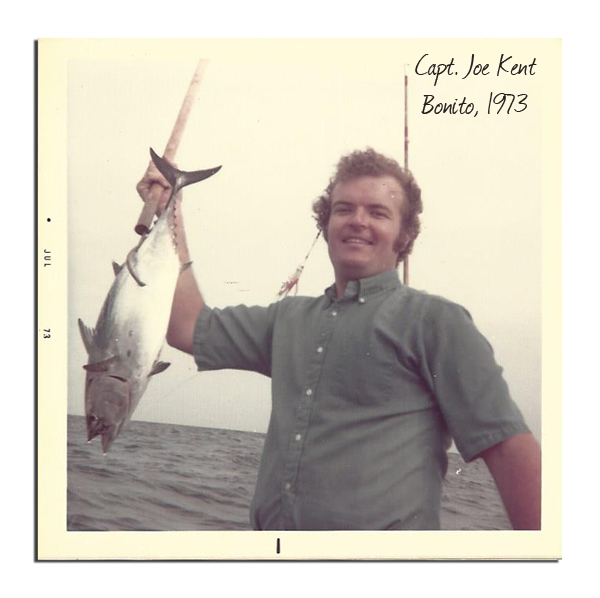 My first trip into the new world of offshore fishing came in late June of 1972.
The first big issue was preparing my boat for the trip.  We had all of the safety equipment required and a C.B. Radio for so-called ship to shore communication.  Several extra six-gallon tanks of gas were on board and we had a good compass.

Extra water was carried along and a good first aid kit.

While all of that was necessary, the one thing we did not think about was extra anchor rope.  Anchoring in 50 to 70 feet of water requires much more rope than at 12-foot depths.

Our biggest mistake was in the fishing equipment we chose.  Our tackle was too heavy.  We took “broom-stick” rods equipped with large reels filled with 80-pound test line.  After all we were fishing offshore and the fish are big and require heavy equipment.  That is not the case for the near shore waters.

Bait and riggings were the next big mistake.  We only had bottom rigs typically used for red snapper and squid and cut mullet were the baits we brought along.

When we anchored at a spot 10 miles out of Freeport called the Middle Bank, other small boats were fishing there also, some trolling others anchored.  We were close enough to other boats that we could see their fish and all were having a field day catching kings, bonito and sharks.   Our bottom rigs produced hard heads, small snapper and lot of other bottom feeders.
Little did we know that the action came from baits floating near the surface?

After that trip we started becoming knowledgeable about how to fish offshore and here are some tips to help you with your first trip.

First and foremost is safety.  Keep a close eye on the weather and if potentially threatening conditions are in the forecast, reschedule your trip.  There are a lot of days during July and August that are excellent for heading offshore in a smaller boat.

Next equally as important is the condition of your boat.  Regardless of size, is it seaworthy, does it have the proper safety equipment and fuel capacity?  As a general rule you should carry 30 percent more fuel than you estimate using for your trip.

Type I PFDs are a must also.

Now, let’s concentrate on the fishing.  If you have not been offshore before, it is quite different from inshore fishing.  A good trout rod will suffice if the reel can handle 20 to 30-pound test line. 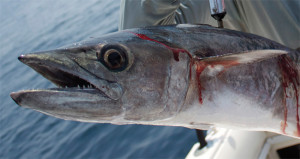 Kingfish are common offshore. Drift a ribbonfish or sardine rigged on a wire leader to find them.

Wire and coated wire leaders with either single 6/0 to 8/0 hooks baited with fin fish or two to three hooks for ribbon fish are needed.  Weights are used only if the current is so strong that the bait stays on top of the water.  Ideally the baits consisting of sardines, ice fish, cigar minnows or ribbon fish should be suspended just below the surface.

A gaff and a club are needed as a landing net will not work for kings and many other surface fish.

Areas within 10 to 12 miles that are best for newcomers are the wells and platforms.  One of the best ways to fish them is to motor up to the platform and drop your baited line overboard.  As your boat drifts away, the bait will stay just below the surface. Be prepared for a vicious hit as kings and other surface fish don’t nibble but usually strike hard at your bait.

When you gaff your fish, use a club or other blunt instrument to stun the fish by hitting it in the head.  This makes it easier to place the fish in the ice chest and avoids your catch flopping around on the floor of the boat and avoids damage to your equipment.

From mid-July on, anchored shrimp boats also are excellent spots to drift using the same technique as drifting surface structure.

Once you get a trip or two under your belt, other techniques will surface such as trolling baits or bottom fishing.  For the first trip or two, stick to drift fishing wells, platforms and anchored shrimp boats as other methods and techniques will catch your attention as you progress in offshore fishing.

12 Commentss to “Texas Offshore Fishing in a Smaller Boat”