Changes Ahead for the Galveston Bay Complex

Earlier this year, the Texas Parks and Wildlife Department conducted scoping hearings around the state to present their ideas on long-term management of our fish stocks and to receive input from sportsmen on their views about changes in size and bag limits for certain fish.

While the stocks of our big three, flounder, reds and trout, currently are in good shape, biologists feel that long range planning needs to start in order to assure adequate stocks of that resource for future generations.

Of particular concern to the biologists is the forecasted future of the Galveston Bay Complex and the potential changes that lie ahead for that body of water.

The cause of the immediate concern is the reduction in quantity and quality of fresh water forecasted for Galveston Bay.  With rising populations along the feeder rivers, water consumption will continue to increase thus reducing the amount flowing into the wetlands and bay itself.  Of equal concern are the multiple treatments the water goes through before it reaches the coast.  Each treatment process adds chemicals to the water and filters out nutrients.

One of the detriments to the reduced flow of water will be an increase in salinity levels through-out the complex.  This will have an adverse effect on the wetlands. 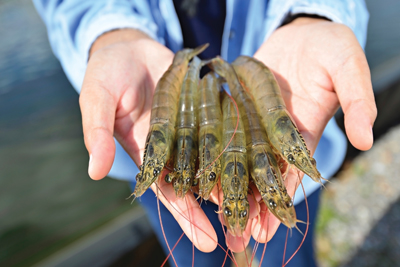 The marshes, swamps and other forms of wetlands offer a filtering effect for water and, through the filtering process, collect microscopic marine life that feeds the next layer in the food chain.  The wetlands also are a buffer when hurricanes hit the coast and absorb part of the brunt of the storm before it reaches higher land.

Last, but not least, the wetlands offer recreational aspects for fishermen, hunters and nature lovers, including bird watchers.

An increase in salinity along with less water will further reduce the ever shrinking acreage along the upper Texas Coast.

So, what do biologists foresee will happen?  During a visit with Lance Robinson and other personnel connected with the TPWD’s Dickinson Marine Lab we touched upon this topic.

First, Galveston Bay, unlike fresh water reservoirs, will retain its water levels due to tidal ebb and flow from the Gulf.  The difference is going to be in higher salinity levels and less wetlands.  So, how will this affect our fish?

It is foreseen that different species will begin appearing, much like the presence of mangrove snapper in the bays over the last three years.  Mangroves are warm water fish and one of the first to be affected by cold weather.

During the 2012 light freeze along the coast mangroves or gray snapper as they also are called were the primary fish, besides bait fish, that were found floating after the cold spell.  No significant kills of game fish occurred although speckled trout are close behind mangroves in their lack of cold water tolerance.

Beside mangroves, the higher than normal water temperatures attracted offshore fish such as gag grouper that were rarely seen in the bays in earlier years.

Another factor with potential fish changing effects is the proposed deepening of the Houston Ship Channel up to Pelican Island.  The deeper channel from the Gulf of Mexico likely will bring in more species that are typically found offshore and add to the flow of Gulf waters into the bay.

So, what can we expect in the future?  Change is about all that can be counted upon at this stage.  Some fish will adapt while other will not and the survivors migrate to other areas.

All of this leads up to support of conservation efforts to protect our current stocks.  Catch and release along with limited retention of fish is a practice all anglers are going to have to employ if we are interested in our future generations enjoying this sport.