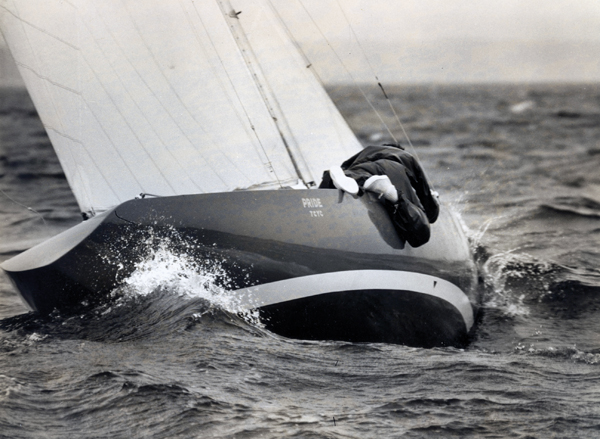 If one word captures the essence of the Texas Corinthian Yacht Club, it has to be family. The founders knew this, and if you ask anyone who has spent some time around the club, everyone would say they got it right.  A small yacht club by most standards, the TCYC membership hovers  around 125 stock holding members. It’s personal and that’s the way they want it.

Racing sailboats on an International stage and, more importantly, on a club level is what the TCYC has done for 75 years. From its beginning, three essential goals were stressed. 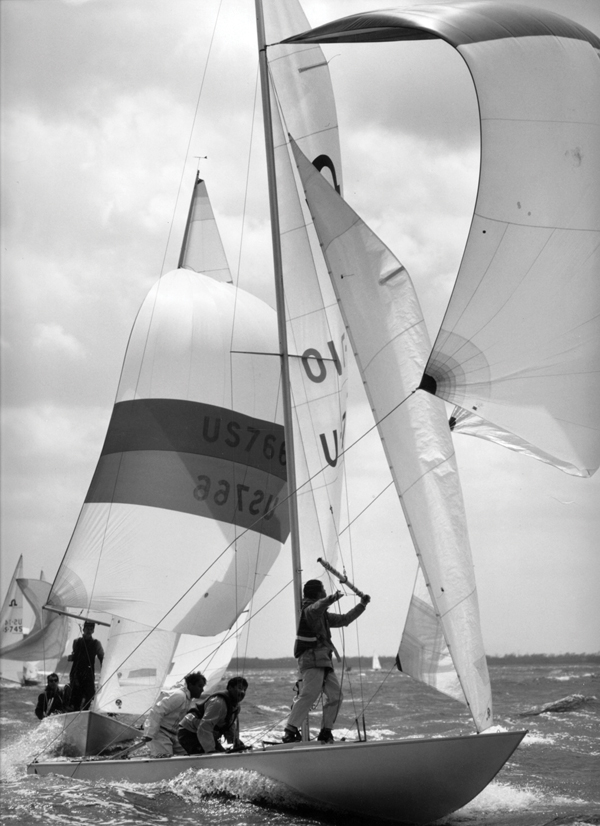 The Soling class of boat.

Famed naval architect Olin Stephens was commissioned to design a new sailboat for Galveston Bay. The final product was a 21ft sailboat that resembled a Lightning with a 500 pound keel. The new boat was named Corinthian.  The first boats were made of wood and many of them were built at the Seabrook Shipyard, which the Fay family still owns. The Corinthian class continued to grow with every year. The Houston Yacht Club had a fleet of Corinthians and the two clubs would hold regattas throughout the summer. The competition on the race course was refreshing. More and more people were getting into the sport of sailing and the new yacht club would soon start to gain recognition on the global stage.

In the early fifties the new International 5.5 Meter Class of sailboats would attract Kings, Crown Princes, and Texas oilmen. Even though Europe and the East Coast were leading the way in this new class, the men and woman from a small club in Texas were proving they could hold their own in regattas all over the world. The Fay brothers would make the cover of Sports Illustrated to the delight of members and the TCYC would continue to set the standard for one design sailboat racing on Galveston Bay.

The Corinthian and the International 5.5 Meter class may have been the best boats for racing on Galveston Bay after World War II but new changes in building materials were being developed and in the late sixties a new trend of fiberglass design hulls were attracting some attention from the global sailing community. 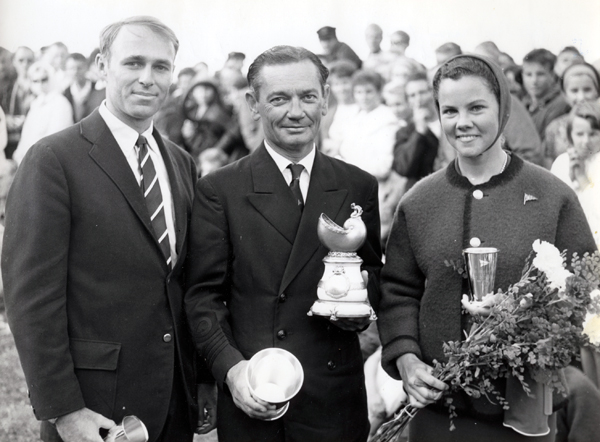 The Soling is a class of open keelboat designed by Jan Linge of Norway. In 1968 it was chosen from among many other boats to be the men’s triple handed boat for the 1972 Olympics. The new boats were affordable, easy to trailer and built to last. Fleets were started all over the world. In the US the TCYC would be fleet # 1. For the next twenty years the Soling would be the boat of choice for most of the members as one design racing became a way of life at the TCYC. Big regattas were held on Galveston Bay, the club wanted to show off our bay and give the traveling crews a little bit of that Texas hospitality. Traveling to new venues and racing sailboats was catching on and the idea of representing the TCYC in this country and around the world was always something the members were proud of.

It’s a terrible feeling to lose your fleet in one day but that’s what happened to the TCYC. A freakish storm hit the bay and destroyed the pier, the boats and the any hope of continuing the Soling class as a club boat. The members decided to go with a new boat, a Sonar designed by Bruce Kirby who was known for designing the Laser.  In 2000 the first three Sonars were purchased. The fleet was new to the bay and the competition with other fleets kept the number of boats low at first. After the first summer of racing, three more boats were added to the fleet and this trend would continue for a number of years.  Now the club has sixteen boats, which is the largest one design fleet on Galveston Bay. 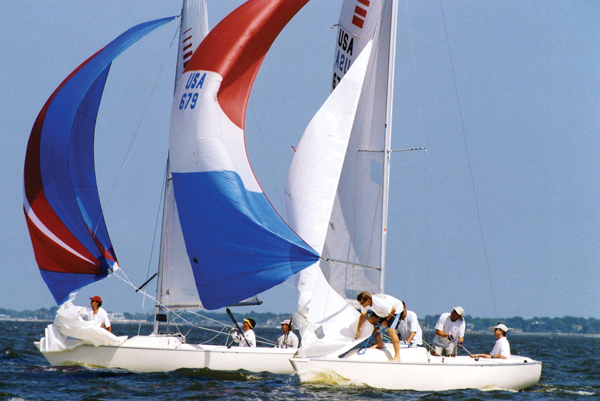 The Sonar sailboat, which is still in use today.

Team racing is a popular form of yacht racing. Teams of 2,3, or 4 boats compete together in a team race, with results being combined as opposed to fleet racing where boats are scored on individual basis. The races are very short usually 5-12 minutes. This type of racing puts a premium on boat handling, tactics, and the rules of racing. The TCYC got into this type of racing about six years ago. It’s an inexpensive way of getting new people into the sport and it builds the fleet. The club teams travel to regattas all over the country. Programs for new members will ensure the sport of sailing grows and it continues to be a way to have fun on the water, which is what the founders had in mind. The Gulf Coast Mariner magazine salutes the men and women of the Texas Corinthian Yacht Club. Your legacy will continue to inspire the next generation of members who love sailing and the Galveston Bay lifestyle.