The Come and Take It Tournament: Fishing, Camaraderie and Fundraising 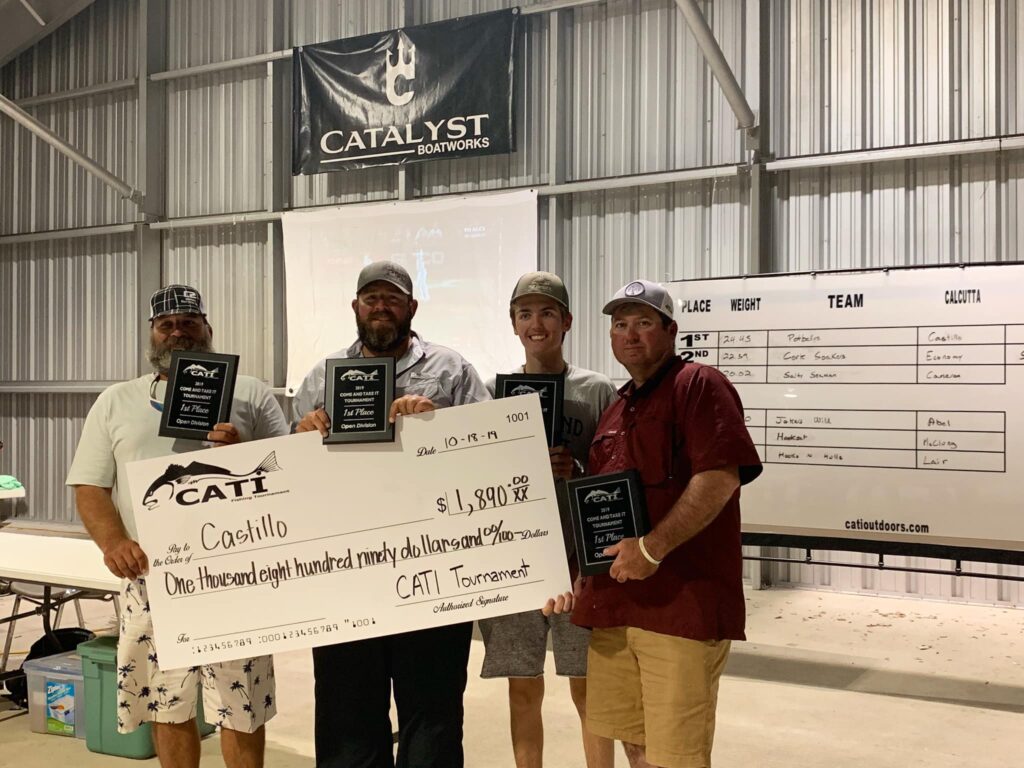 Team Potbellys took home 1st Place and the big check for their 24.45 lb. stringer. Congratulations to Mr. Castillo and the crew.

On October 17-18, 2019 anglers fished the Come and Take It Tournament in Port O’Connor, Texas. This great tournament reflects The United Way of Greater Houston’s goal of engaging caring people to improve lives and build a stronger community all while having fun and fishing.

Both days, anglers had a great time on the water. The lucky ones walked away with prizes and even some cash. Some local organizations such as the Port O’Connor Fire Department and Port O’Connor Elementary were also gifted some of the tournament proceeds that were raised.

Congratulations to all the winners and everyone that participated and volunteered. See you next year at the Come and Take It Tournament.

THE COME AND TAKE IT TOURNAMENT WINNERS: 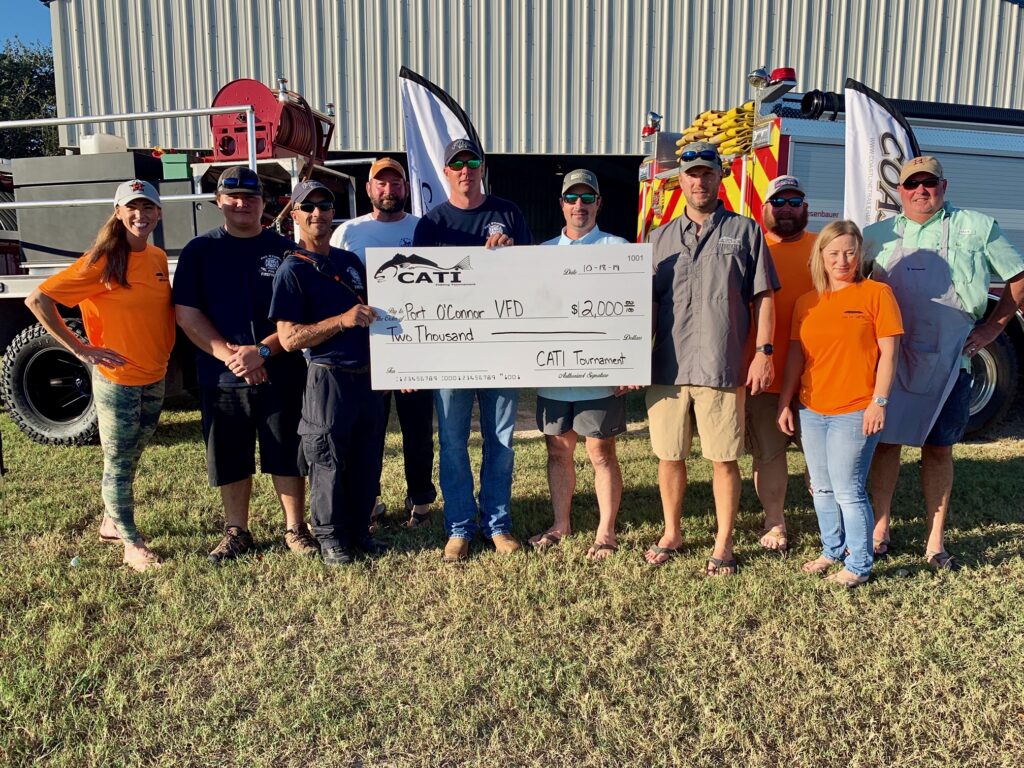 The CATI Tournament gifted proceeds from the tournament to local organizations such as the Port O’Connor Voluntary Fire Department, Port O’Connor Elementary and more. 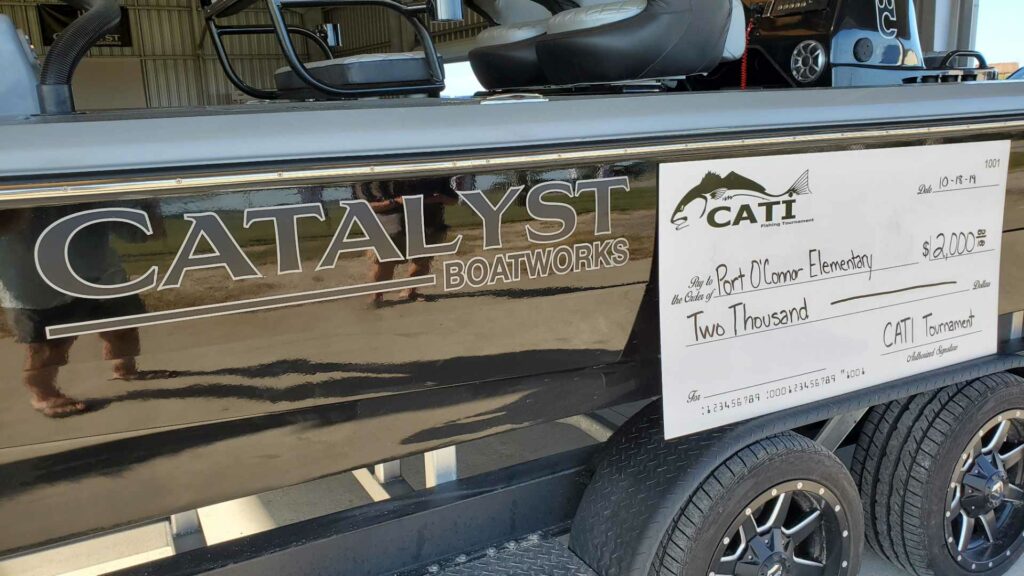 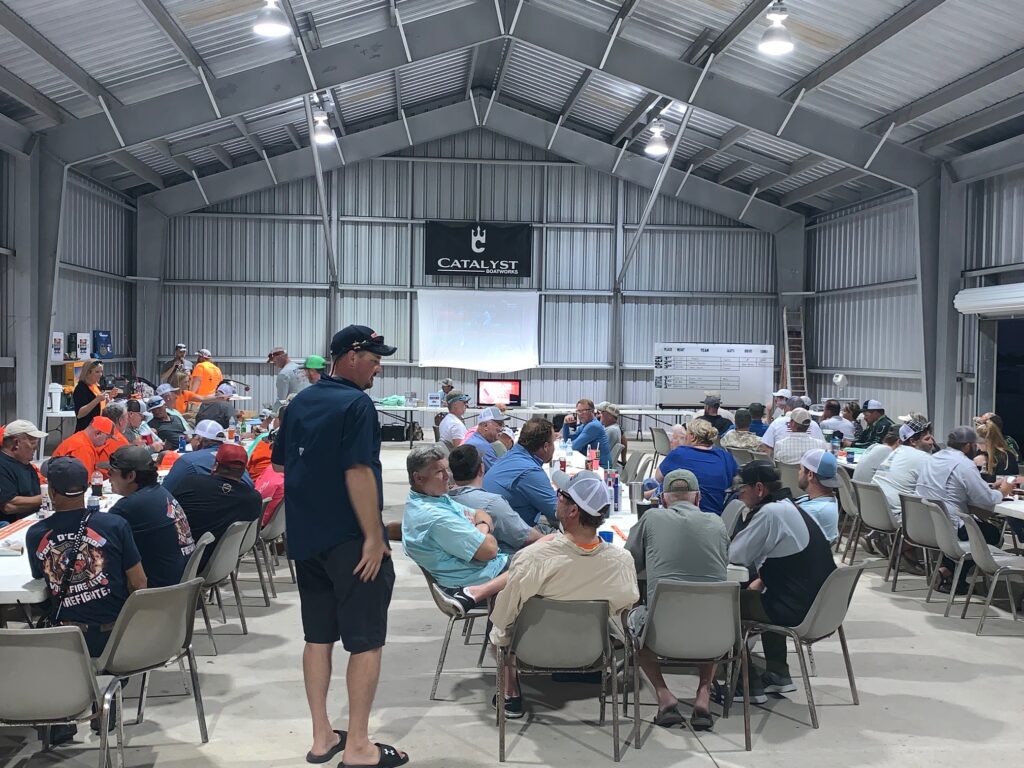 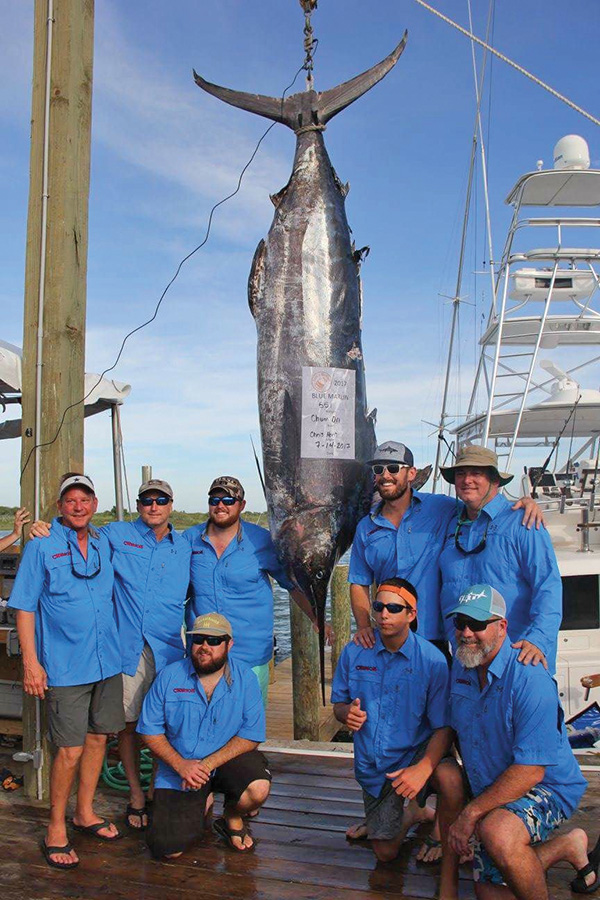 Poco Bueno, is an invitation-only, family-run fishing tournament held every July in Port O’Connor. It was founded in 1969 by Walter W. Fondren and several friends with the intention to draw attention to Port O’Connor and the rich resources it has to offer fisherman.

Captain Rodney DeVillier, who runs the marine electronics department at Fathom Maritime service, says he has been participating in POCO since 1999.  In that first year they won third place and won again in 2002 with the second place prize.   Rodney explained that even though this year there was an option to weigh in on the second day, they choose to weigh in on the first day because it can bring in an extra $15,000. In addition, cooling the fish overnight can cost you some weight.

When asked what he especially enjoys about the Poco Bueno tournament in Port O’Connor, DeVillier explained that the format and rules are different from other tournaments.  It’s all about tradition.

He plans to continue participating in POCO for as long as it continues to keep its traditions and the intentions of its founders.